During the evening meeting, council heard from city staff that the developers have opted to lower the height of the tower from 46 to 43 storeys.

Despite the loss of three storeys, the future downtown campus will still be Kelowna’s tallest building.

At the end of July, Kelowna City Council gave second and third reading to a bylaw amendment that rezoned 550 Doyle Avenue to the CD 28 – University of British Columbia Downtown Campus zone.

On Tuesday, council reviewed the form and character of the proposed campus building which will feature eight to 10 floors of academic use and 31 floors to house 473 units of apartment rental housing.

Similar to his decision in July, councillor Hodge was opposed to the height of the tower, although he praised the concept of a downtown campus.

Councillor Hodge said the height was “overkill” and didn’t think it was necessary to house all the students on site.

“I think it creates a competition for other potential student housing facilities in the downtown,” stated councillor Hodge.

“I know a lot of residents and homeowners were excited about the idea of having secondary suites and rentals available for students. This certainly flies in the face of that.” 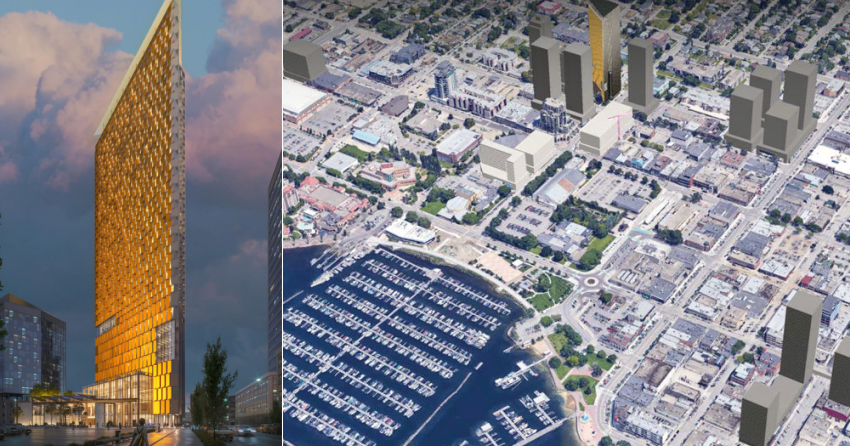 The rest of Kelowna City Council praised the reduction in height following a public hearing in July and city planners called the project “visionary” and referred to the height as “ambitious.”

Wooldridge praised the reduced height and voiced appreciation for the number of rental units, calling it “astounding.”

“Normally, we approve about 955 annually. So, that’s basically half in one afternoon,” he noted.

Additionally, councillor Wooldridge commended the sustainability aspects of the project which he said was not normally seen in towers.

Councillor Mohini Singh said that although she has been concerned about the “exceptional height” of the building, she also appreciated the reduction in height.

“I want to thank the applicant for reducing it a few storeys and listening to council's concerns and the public’s concerns,” said councillor Stack.

“I know it's not a lot in the big picture but it is a recognition that UBC is listening to the community.”

After much discussion and debate, the UBCO tower has been rezoned and development permits have been issued. All that remains for this project is the issuance of building permits.