Seniors are one of the hidden homeless groups in Kelowna

Kelowna's aging population is twice that of the rest of Canada's, making up a third of Kelowna's population.

Hidden homelessness is a term Alina Turner is using to describe vulnerable groups at risk of homelessness who often go unreported.

Seniors, youth, Indigenous populations, as well as women and children fall under the hidden category.

According to Tuner, seniors in the Okanagan are at high risk of becoming homeless. 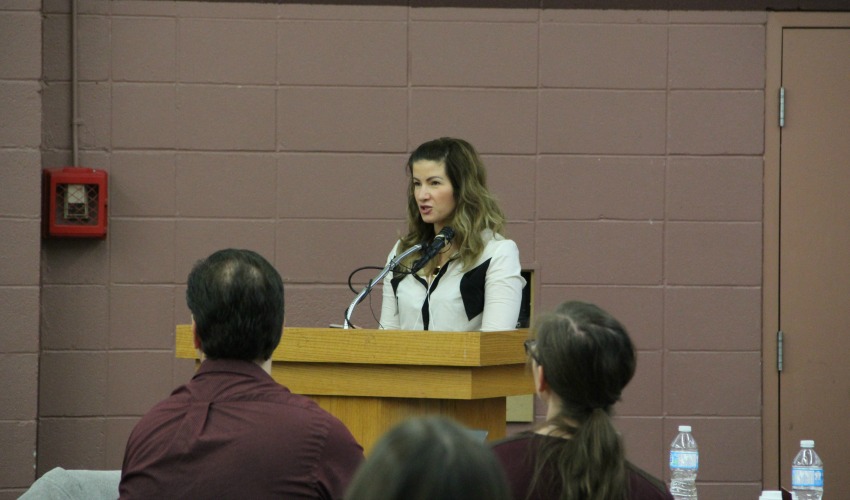 "You do have higher levels of senior homelessness than you would have in other communities, which is significant of course because this group is very vulnerable," said Turner at the Community Summit today.

Today, she spoke to more than 100 stakeholders about current homelessness trends in Kelowna and how to bridge the gap.

Seniors often go unseen because they tend to be homeowners.

However, due to their limited incomes and reliance on social assistance, if a major repair is needed, they might not be able to cover the costs. 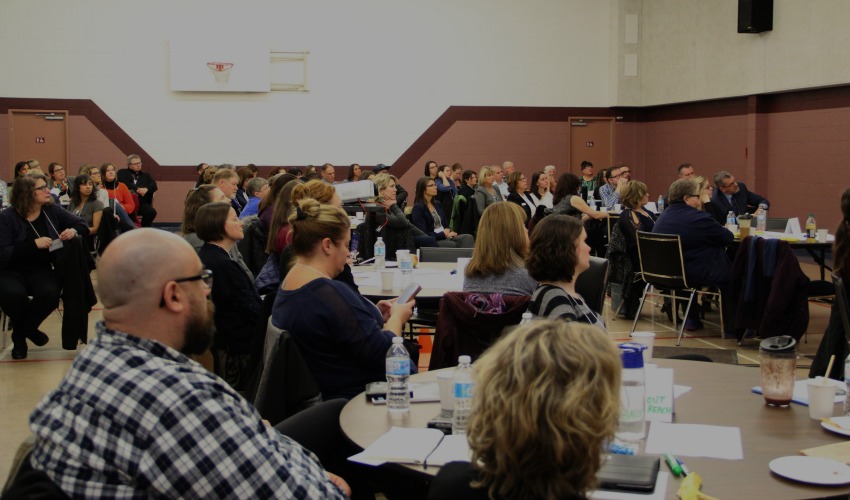 A significant number of women and children go unnoticed in Kelowna because many flee domestic abuse situations by living in their car or with friends.

Turner stressed that in order to fully grasp the homelessness issue in Kelowna, you can't just look at the data, you have to view it "with that gender and exploitation lens as well."

Youth and Indigenous groups who are homeless often avoid shelters and instead crash on someone's couch. 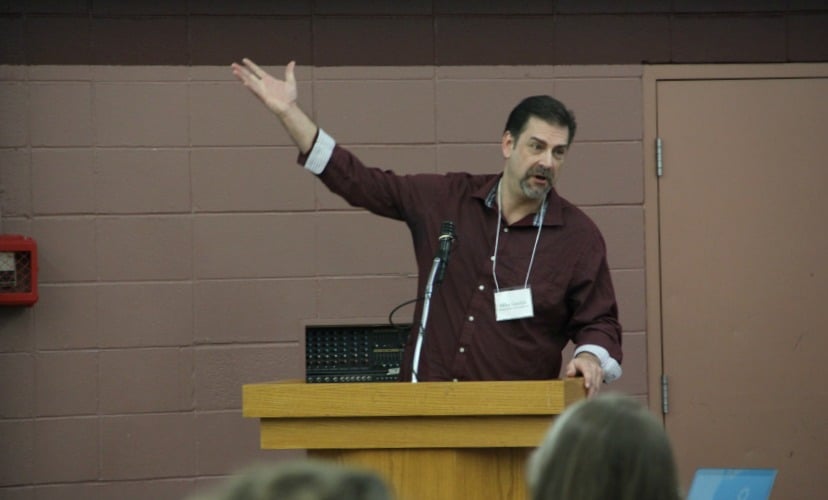 About 40% of homeless youth said they were first homeless before the age of 16, according to Mike Gawliuk, director of Service Delivery & Program Innovation with CMHA.

"We need to focus on prevention," he said, stressing the need to go into school districts and better identify youth at risk. "What we know is if we get there earlier, we can prevent the next generation of becoming homeless." 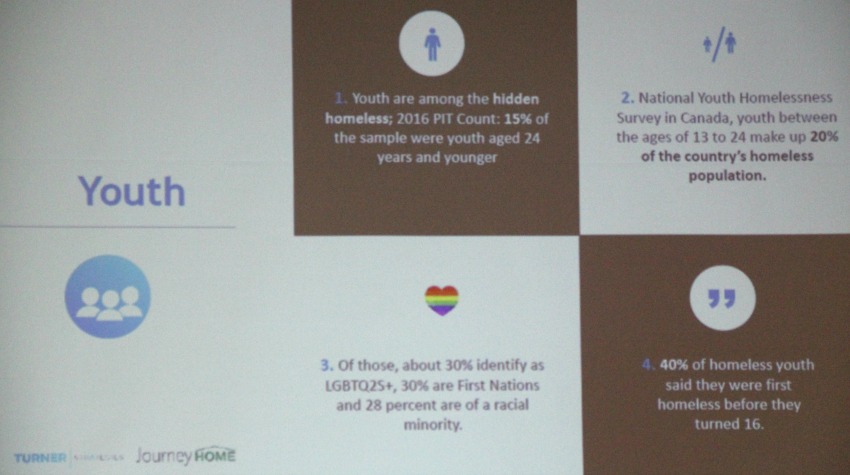 In 2016, there were 233 people counted in emergency shelters and 273 in temporary system or supported housing.

But Turner says, the numbers don't accurately show homelessness throughout the year. It's just a snap shot.

"According to this, if we just had 500 units of housing, we'd be done right?

"That's not the case, because if you actually look - 1,688 people experienced homelessness by using shelters throughout the year - which is a far cry from the 500." 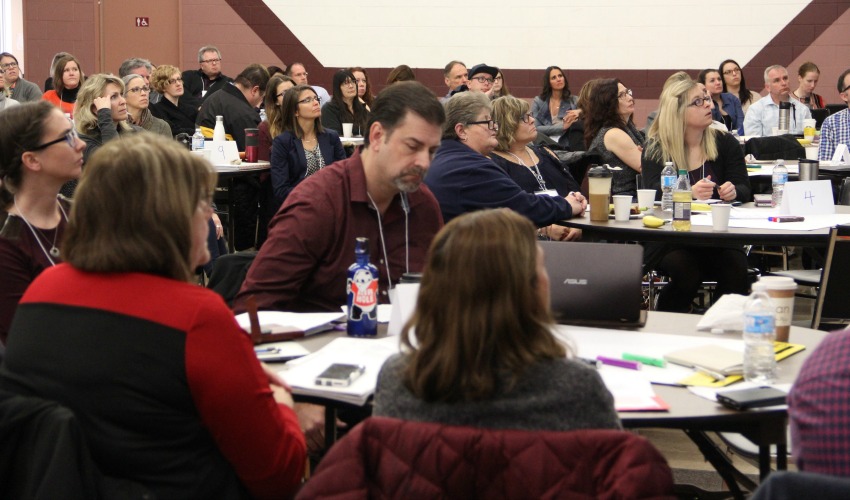 In 2016, not only was there an increase in shelter use, but people were having to stay longer.

In a hot housing market like Kelowna, with no signs of cooling any time soon, the need for housing is extremely high.

The near no-vacancy rate means the highest bidder, such as Vancouver buyers, get first dibs.

When it comes to renting, much of the space is being used for AirBnB rentals. 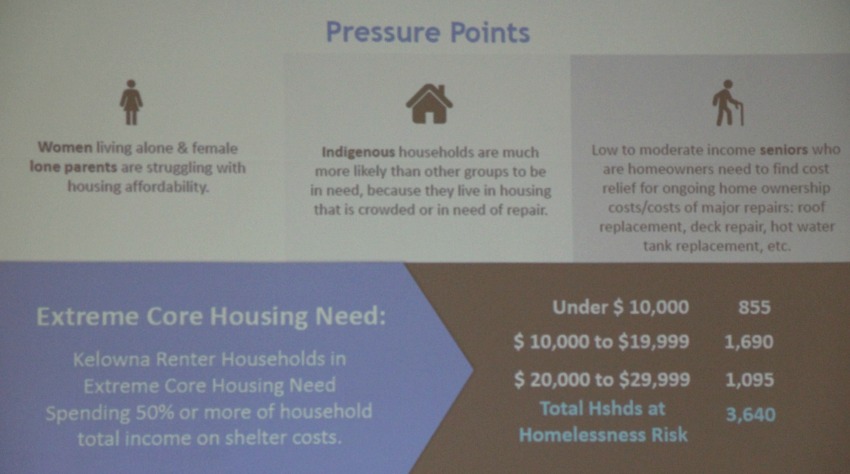 Many people can't afford to buy homes and are paying rent, and according to Turner, the average rent in Kelowna has increased to $1043.

In order to better target the homeless and hidden homeless in Kelowna, Turner focused on renters and the imbalance between the price of rent a person's income.

"Anyone who puts 30 to 50% or more of their income towards rent is at risk of becoming homeless," she said. "In Kelowna, 855 households are making under $10,000 per year - that's a household and are paying half of that income on housing." 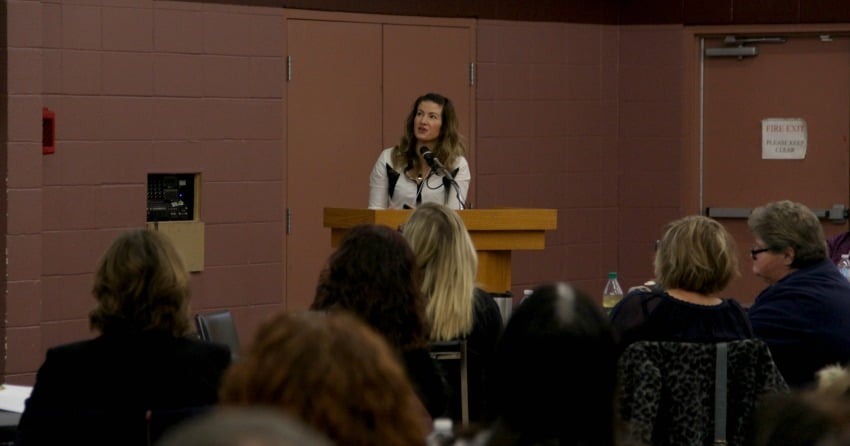 A couple of ways that Turner is recommending the crisis be approached include working together through the Homeless Serving System.
The basic idea is that the numerous organizations in the Okanagan will start to work together more efficiently by using the same systems and the same lingo.
This way, everyone will know their role and be collaborating more effectively, said Turner. 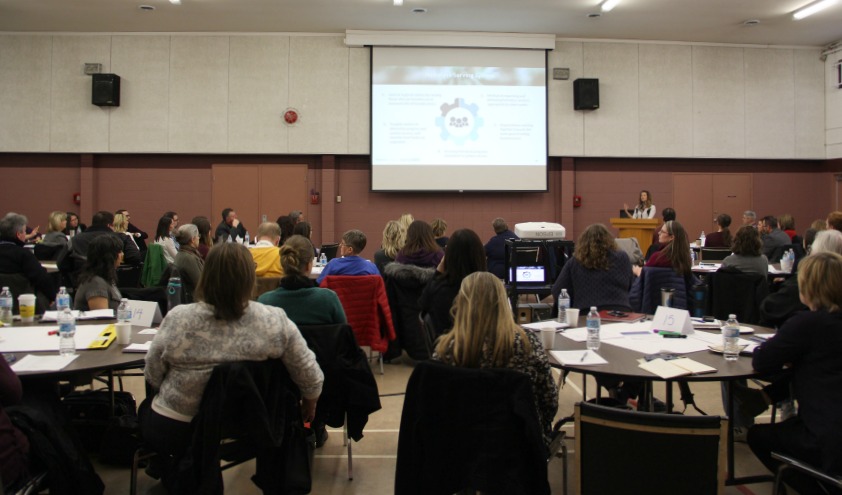 However, the other point stressed was the need for community involvement - something she says was lacking when a homelessness plan was created in the early 2000s.

"Kelowna has had a long history of trying to strategize approaches to homelessness and housing," she said, adding that the process of engaging the community is of vital importance. 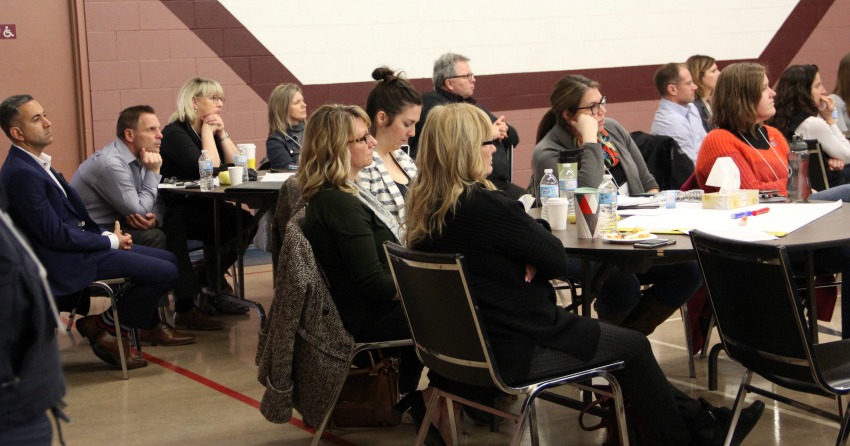 "So if you don't see yourself in it, you don't believe it's going to make a difference, then let's go home.

"Don't waste the day, because here's a perfect example in your own local history of another significant undertaking where the community didn't buy into it and it didn't happen" 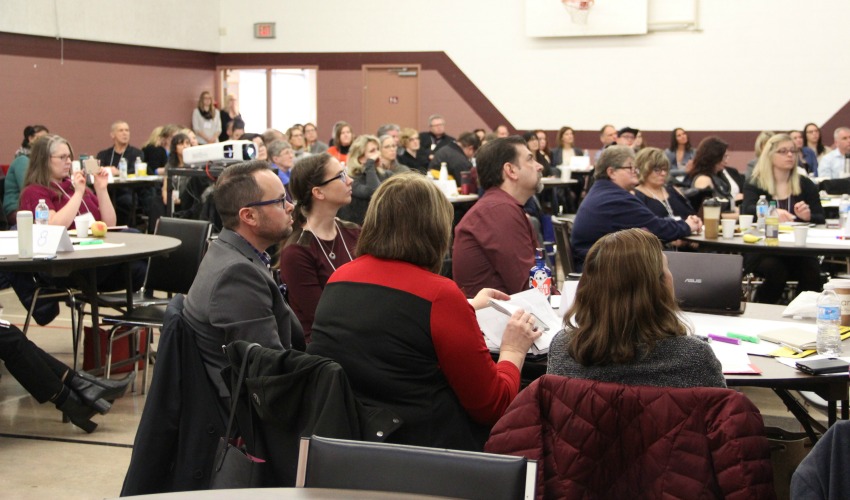 From February to March, an online survey will circulate throughout the Okanagan seeking public feedback.

In April, stakeholders will meet again to view the final draft of the plan before it goes to council in June.

Today's summit included representatives organizations such as the Bridge Youth and Family Services, The United Way, the Okanagan Boys & Girls Club, the City of Kelowna and CMHA.

The City gets an update on Kelowna's homelessness strategy