Last Tuesday (9/20) was another depressing day for some Kelownians as two controversial projects were approved. Even though it was recognized that it was a major departure from the Official Community Plan the city council approved almost unanimously the UBCO tower.

Additionally, the Westcorp hotel/residential project on Queensway was also reapproved.

Here we go again. It is now evident that the OCP is worth less than the paper it is written on.

To put things in perspective, let’s look at those two projects first, then zoom out to have a better understanding of how these two projects will further impact the downtown relandscaping that has been happening over the past four years.

The public hearing, a few weeks ago, for the CD28 new zoning required for the 46-Storey UBCO massive tower was quite animated and the city council heard some fierce opposition from many residents. Keeping that in mind, I have to admit that this council is talented when it comes to manipulating public opinion. In point of fact, during the closing remarks just before the final vote, this council did not hesitate to claim, with a poker face, that reducing the tower’s height from 46 to 43 storeys was the clear demonstration that this council had listened to the public. Seriously! 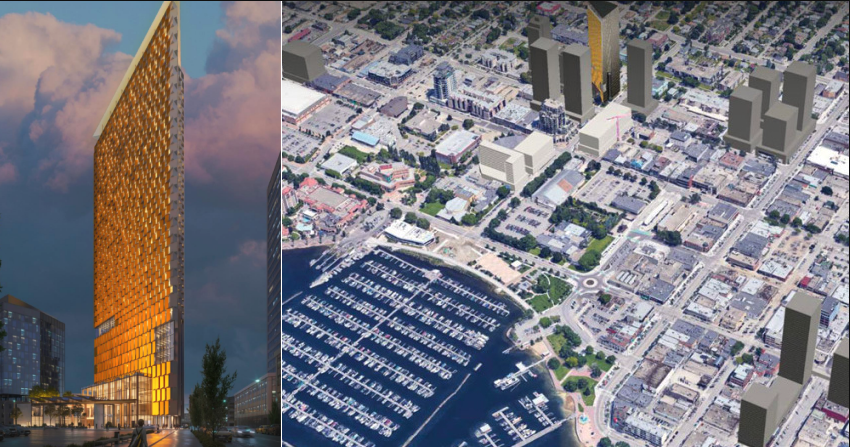 What will it take for this council to adhere to the OCP principles and guidelines. Over and above, please spare us the lecture that we have heard repeatedly from councillors during closing remarks and Mayor Basran last week in Facebook that “the OCP is a living document.”

What does this really mean? Would that be, let’s pick and choose what we need as we go? Was this explain to Kelownians during the OCP’s consultation period? Should we remind this council that the OCP is partially the voices, the wishes and the expectations of Kelownians.

The continual cherry picking is really irritating Kelownians and it is behind the bad press it deserves.

The Westcorp hotel/residential tower on Queensway:

In order to reapprove this project, the city council had to accept nothing less than four variances: the tower and podium exceeding heights, the oversize floor plate and the zero-meter setback. That makes the OCP and zoning by-laws just a set of meaningless guidelines and rules that this council regularly disregard or infringe.

It is worth reminding that this project is being approved for the third time since 2017 and it is disturbing that none of the changes that have or are taking place in downtown Kelowna since 2017 were considered during this latest round of reapproval. 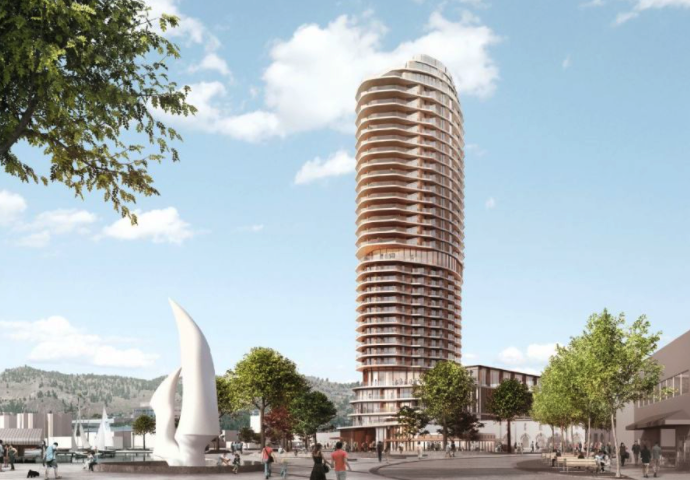 I will not waste time commenting on the lack of rationale in having a 33-storey tower so close to the lake shore but there is no doubt that it will stick out for all the wrong reasons. Councillor Charlie Hodge, the wise man he is, said it all before his NO vote: “Beautiful building just in the wrong location."

If there is one thing positive about these two projects, it might be the underground parking. Indeed, after being told numerous times that it was not possible to build underground parking because of the high-water table, we find out that it is technically quite possible.

We have known that all along, it is just more expensive to build and maintain. That is the reason why greedy for-profit developers opt for above-ground parkades (podiums). Podiums that now seem to be the norm in Kelowna.

We have the explicit example of podiums' negative visual impact with the Ella, One Water, the Brooklyn, the Bertram on Bernard under construction and Water Street by the Park just about to break ground will be no different. Also, the Westcorp tower, in addition of the three-level underground parking needs a five-storey podium to accommodate, in other, some of the 265-parking stall in total.

Since it doesn’t seem to apply to these two towers, go figure the argument we have frequently heard that underground parking was not good for the water table. If, that is probably the case, mother nature might be trying to tell us not to build such massive towers close to the lake.

How will these two projects impact the downtown area?

First, we must talk about the future skyline. One of the basic concepts in the OCP that makes a lot of sense and very easy to understand, is having buildings' height taper down toward the lake. The two towers of One Water, the three towers of Water Street by the Park, the now-approved Westcorp tower on Queensway and eventually the four towers of Vintage at Waterscapes (previously Waterscapes II) proposed on Ellis Street are the clear demonstration that this council and city planning just do not seem to grasp this very basic concept.

Since it is human nature to adapt fairly well to a hostile environment, over time, we will most likely get use to the visual pollution.

What will be a lot more difficult to get used to, if at all possible, are the headaches and inconvenience from the traffic jams all those towers will generate in the downtown core.

With nine buildings already built, under construction or approved, nearly 1,500 additional residences, all that in a radius of three-city block from Leon to Doyle and Water Street to St Paul, it does not take a PhD in urban transportation to foresee a major traffic challenge in the downtown core when all those towers are occupied. The Water Street/Queensway roundabout will be, beyond any doubts, a huge gridlock when the Westcorp tower flushes that intersection with the cars from its 175 hotel rooms and 65 condos.

To make matters worse, during last Tuesday’s (09/20) council meeting, just before the final vote to approve the UBCO tower, Councillor Singh, rightfully, started asking questions about traffic impact but she was firmly cut short by Mayor Basran stating that it was not the time to discuss traffic impact. Mr. Mayor when will it be the right time then? When will city planning and this council stop ignoring the existing and growing traffic challenge this city is facing.

All together and in many aspects, Tuesday’s (9/20) council meeting was not impressive to say it mildly.

The near future will tell us, but the one question that comes to mind is: was it judicious for this council to approve these two very controversial projects 25 days before the municipal election?

On October 15, with our votes, we have the opportunity to voice our opinion and reinstate some common sense in City Hall.