UPDATE May 6, 2017, 9:00 a.m. We have updated this story with photos being sent in by readers. Send photos and videos to News@KelownaNow.com

For the most recent news on the Central Okanagan flooding, click here. 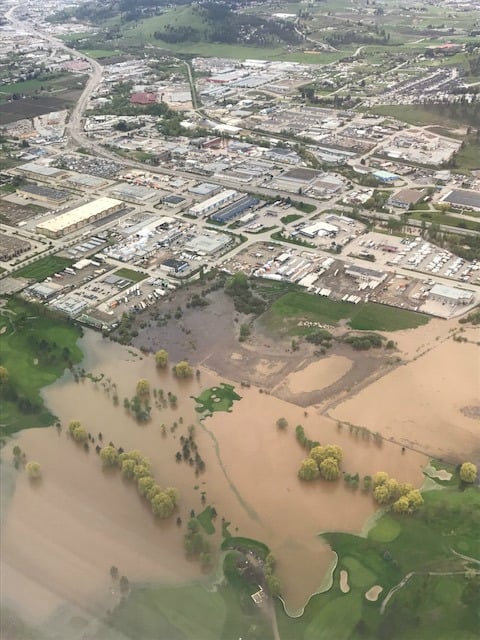 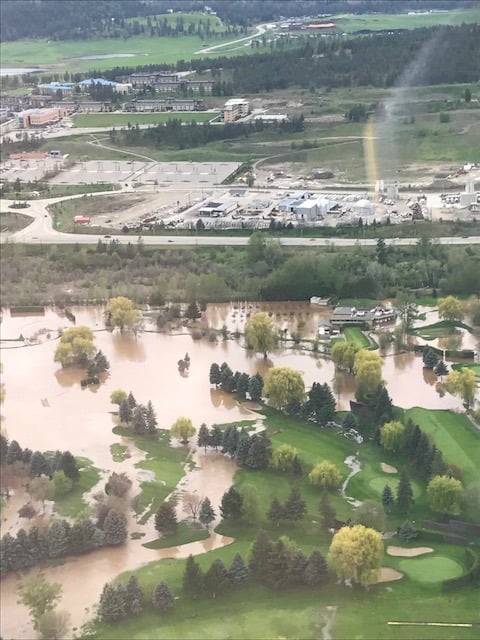 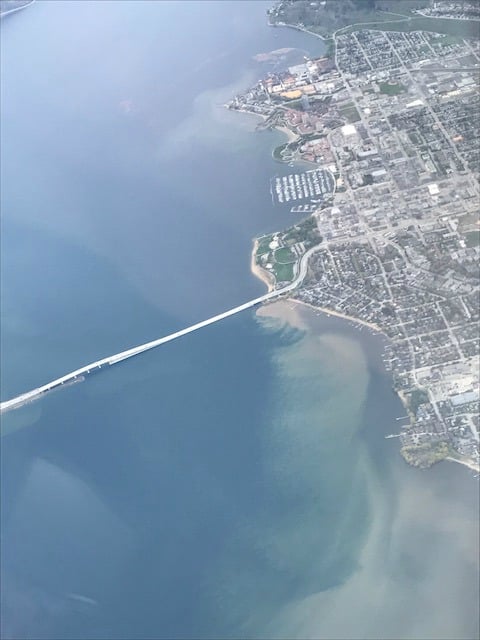 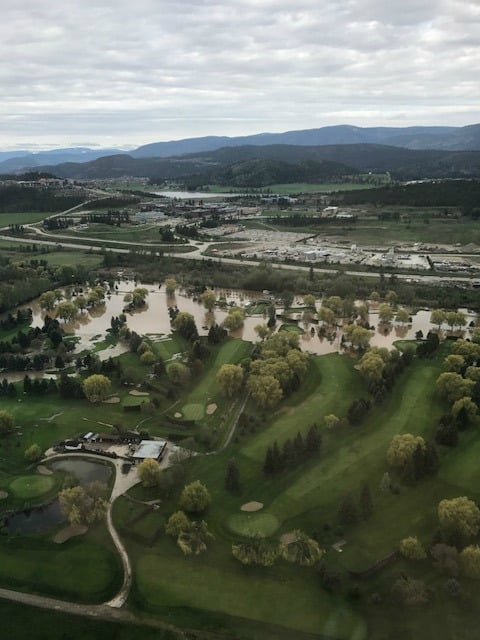 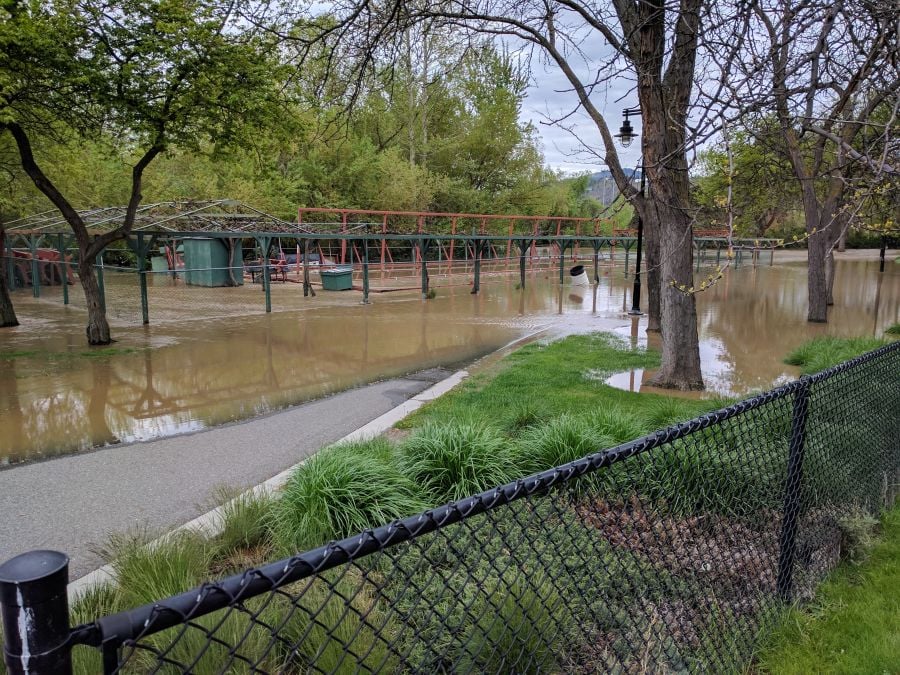 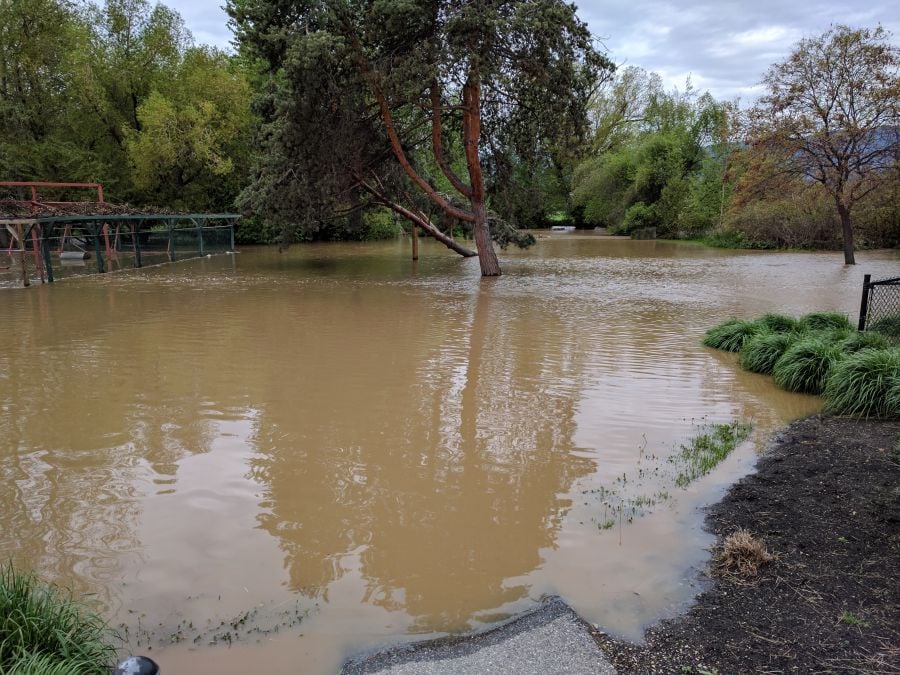 It was a perfect recipe for a wild storm in Kelowna on Friday, May 5th.

Heavy rain that began Thursday night and continued well into Friday, combined with snowmelt caused by warmer temperatures had emergency officials busy responding to flooding and high water levels through the Central Okanagan on Friday. 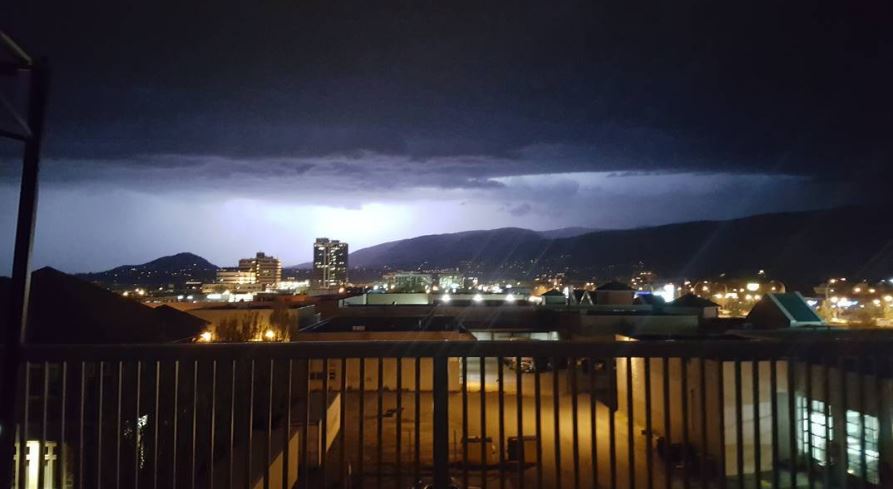 Multiple areas in West Kelowna have been dealing with flooding beginning on Friday morning, including Gellatly Road and Hitchner Road. 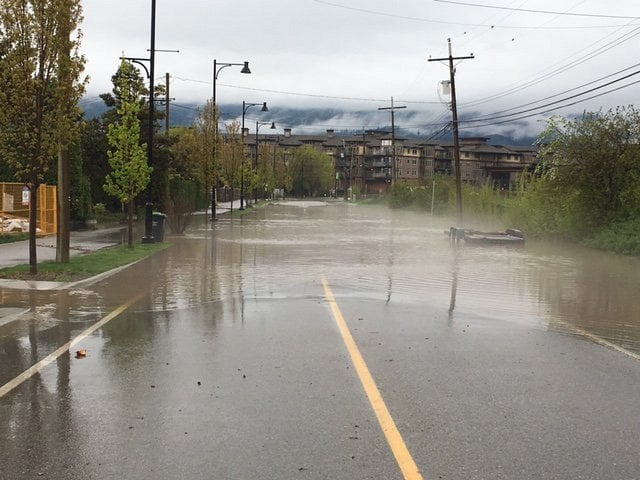 The BC River Forecast Centre issued a flood watch for Mission Creek.

Glad I live on the other side of the street!! #kelowna #millcreek #okanagan

Creek is pretty high, but the lake level is still low so no flooding at the end of my road currently. #missioncreek #kelowna #okanagan #flooding #mission #spring #rain #trees #water #okanaganlake #creek #murky

McDougal Creek by Hitchner Road also flooded over its walls swamping a near by back yard. 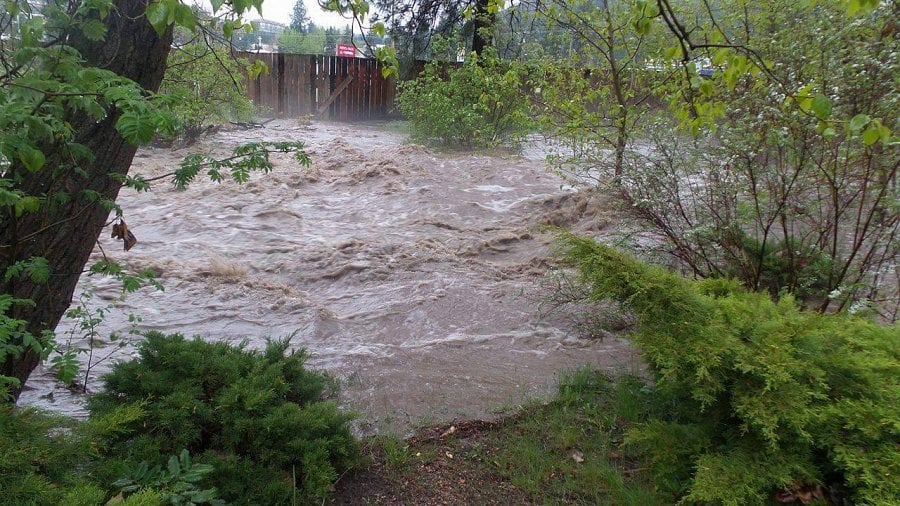 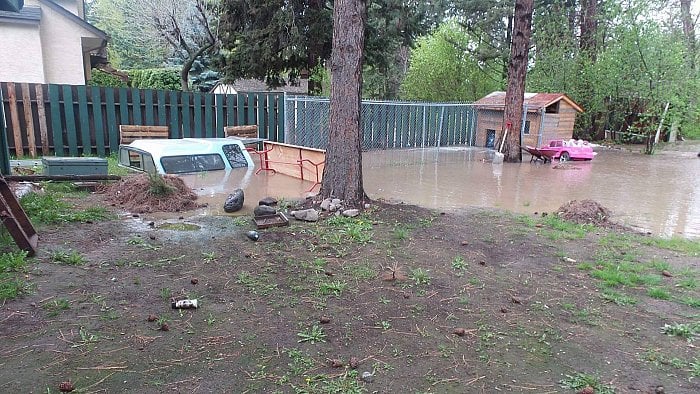 6,000 BC Hydro customers in West Kelowna lost power for much of the day due to a compromised power pole from the flooding.

Erosion caused by #SmithCreek has damaged a pole in the #Westbank area. Crews worked today to develop a plan to address the situation and minimize customer impact. Crews were able to secure and stabilize the pole, but due to stormy weather, it has not been safe for crews to replace the pole. Crews will continue work in the #WestKelowna area tomorrow.

The Regional District of Central Okanagan closed two overpasses along the Mission Creek Greenway, as well as a large part of the Glen Canyon Trail. 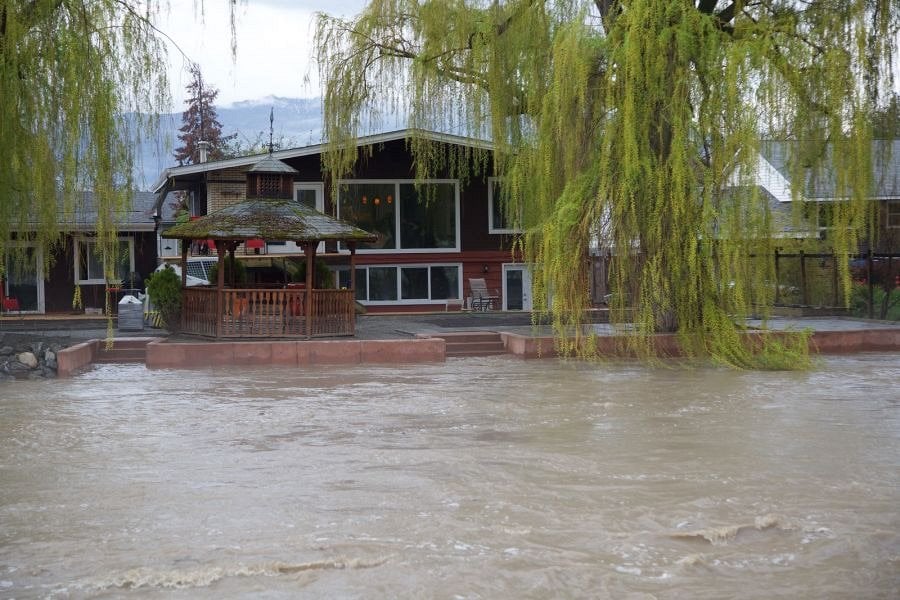 Heavy flooding was reported at Bulman Road, which is still closed from Shadow Ridge golf course to Heron Road.

Proline Construction Materials on Adams near Kelowna Springs had extensive flooding outside their business as well. 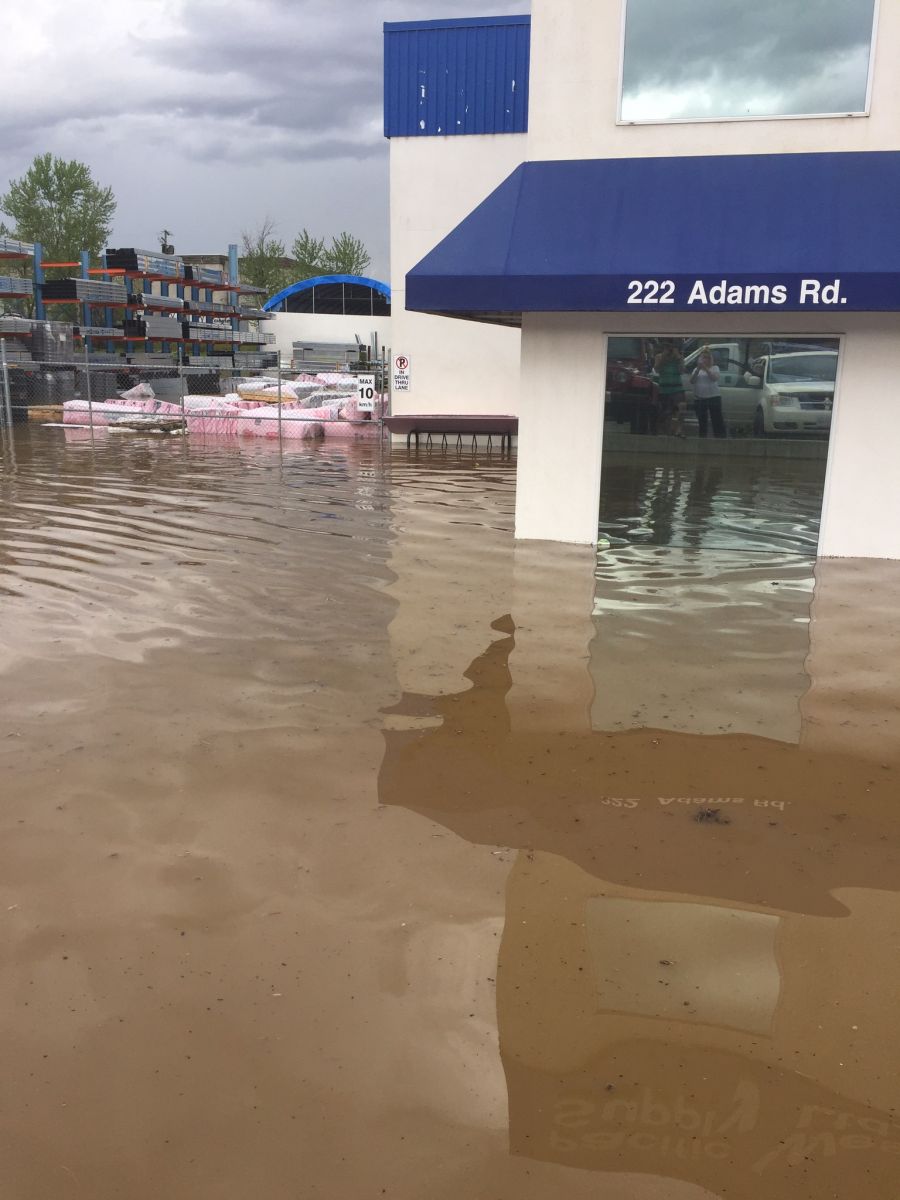 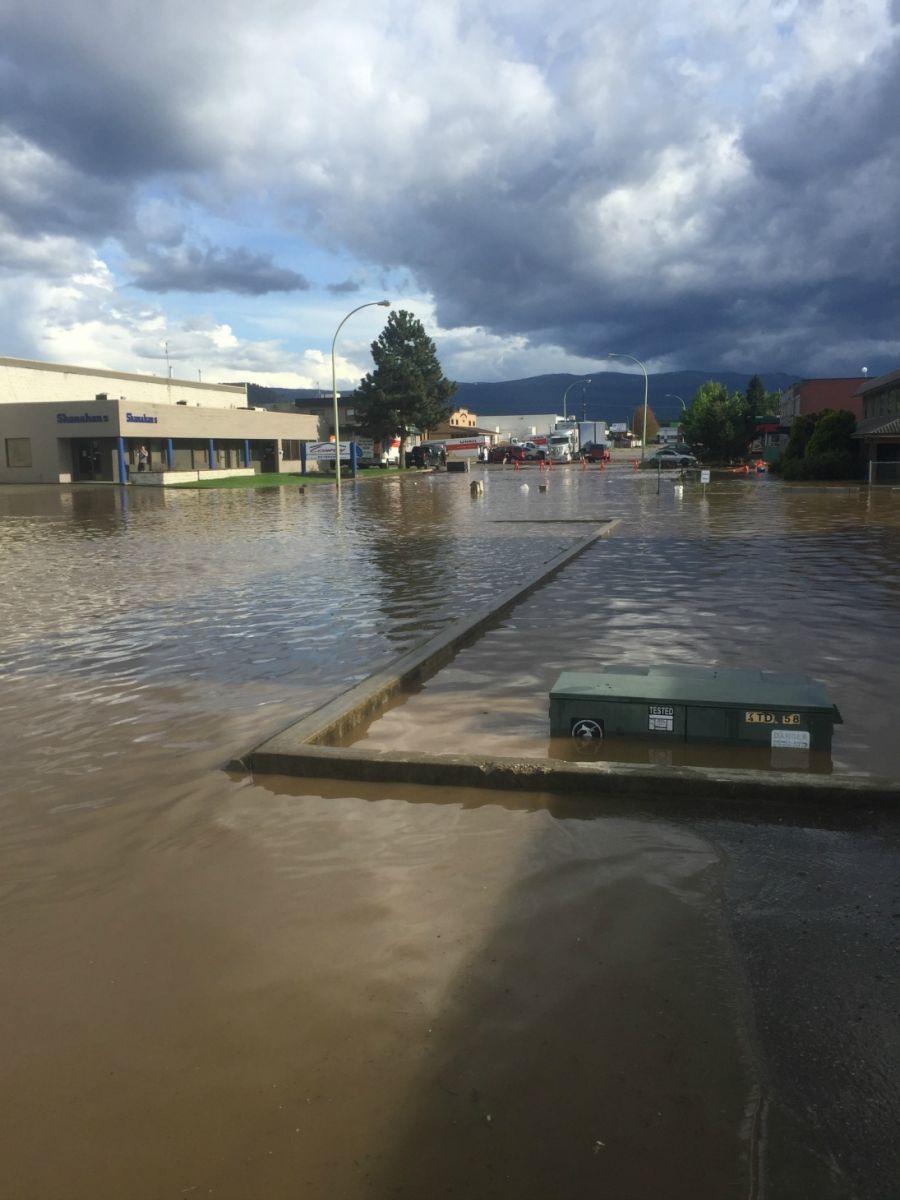 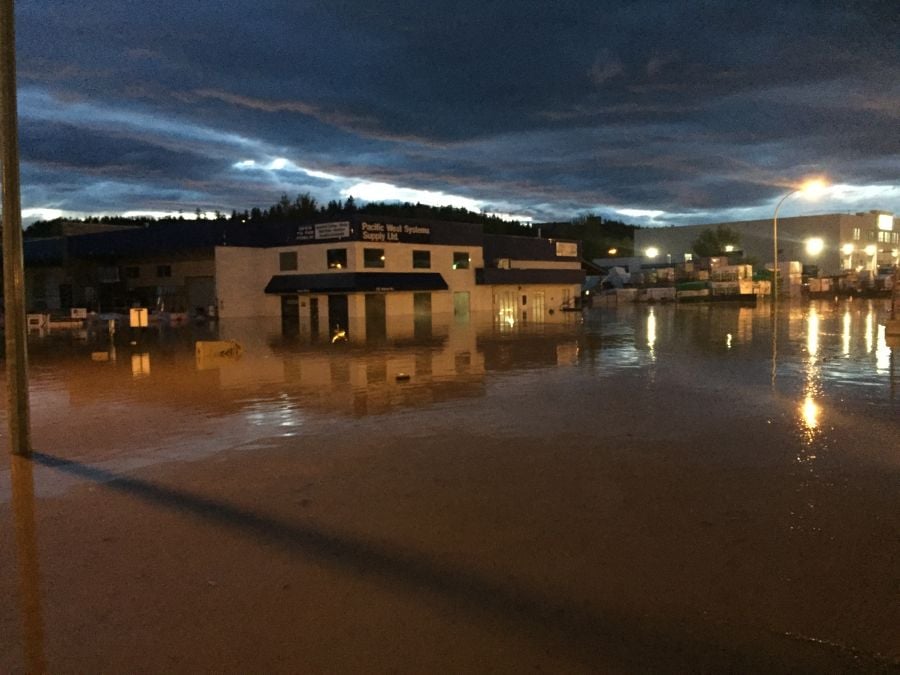 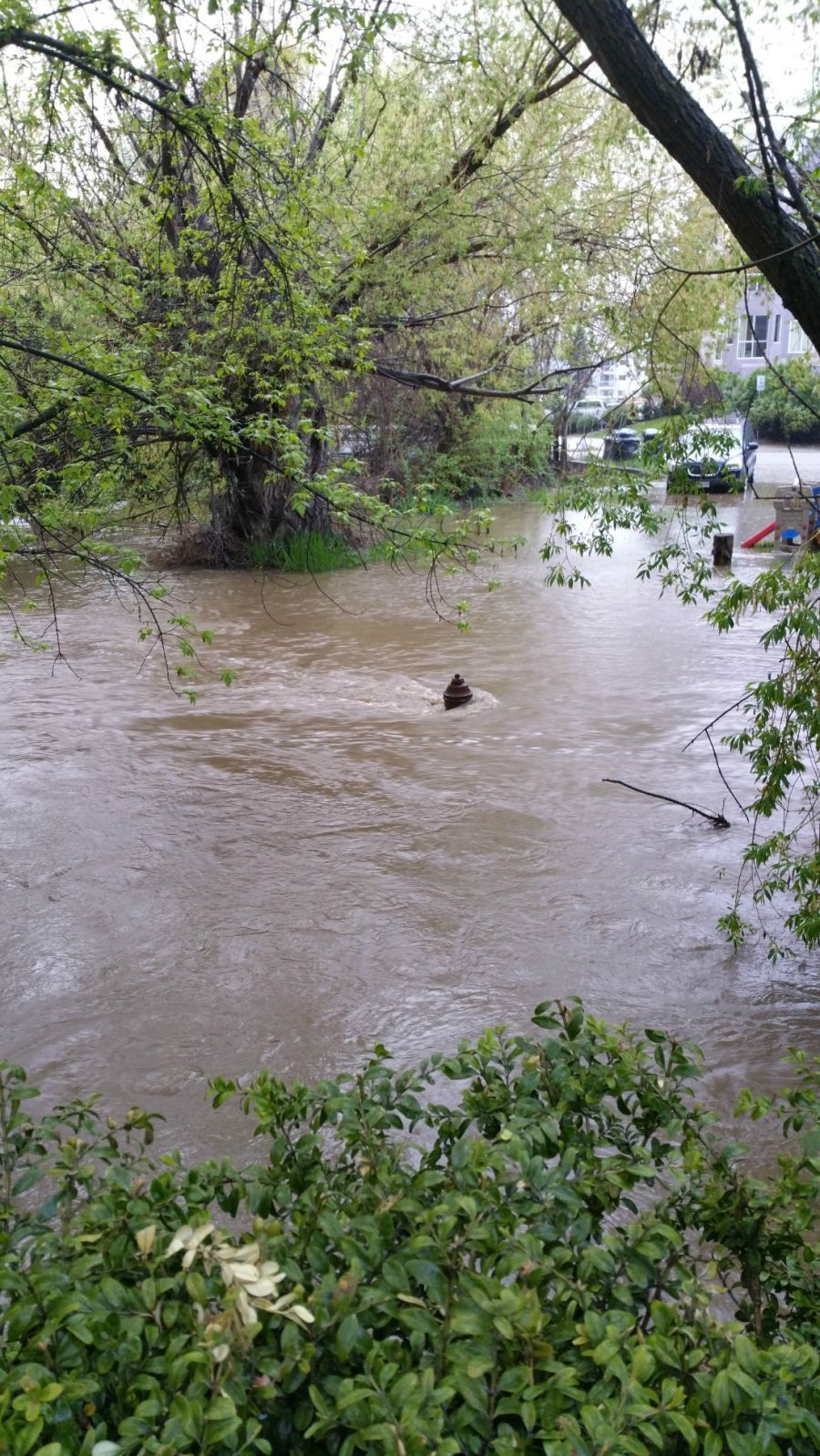 Raw video from Holiday Park Resort on Commonwealth Road. Reader reports that the small golf course there is flooded. "We have never seen it this high, we will be sandbagging if it gets any higher." Shirley, a resident at the Holiday Park.

Mill Creek has flooded backyards and roads of homes in Marshall Ave. One resident said the water is up to the windows and close to flooding the basement. More sand bags are needed at Rowcliffe and Richter. 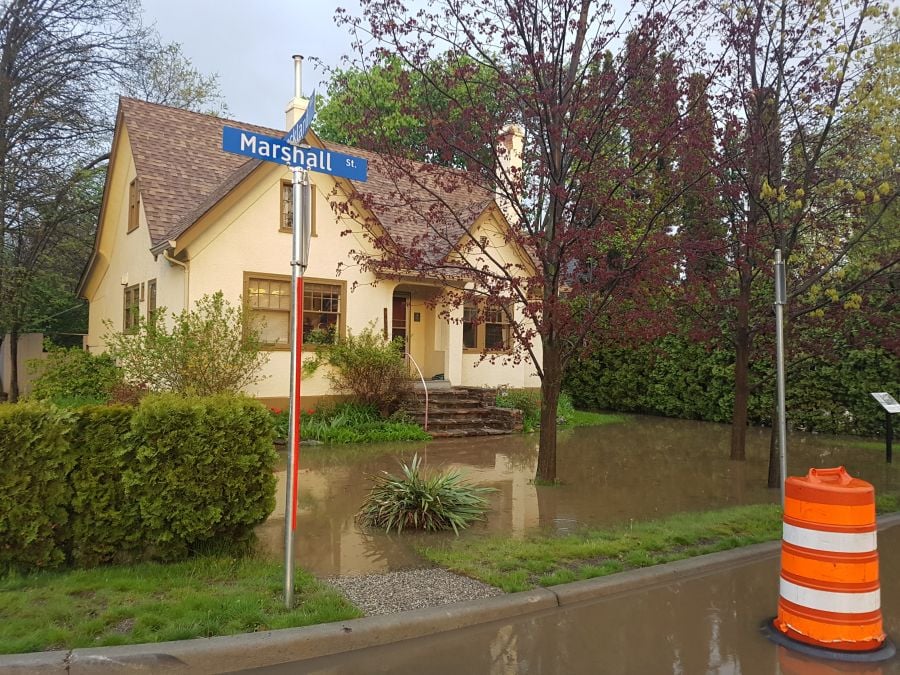 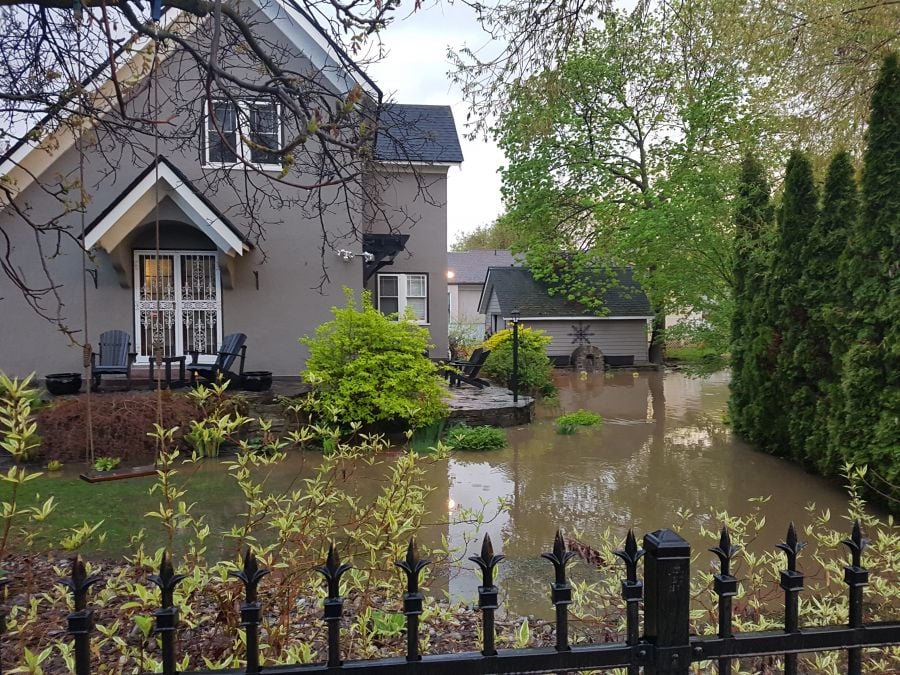 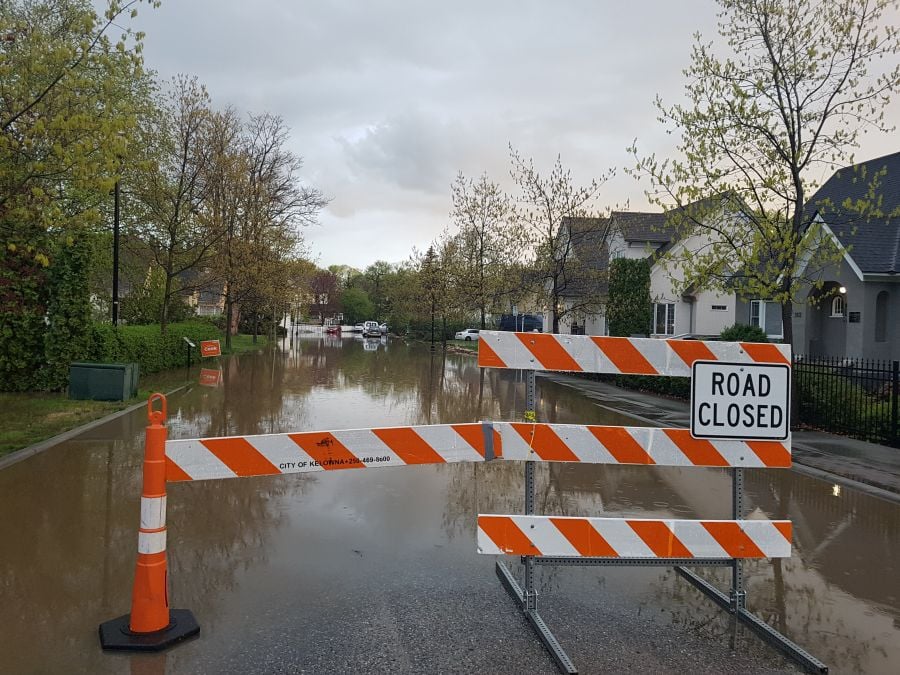 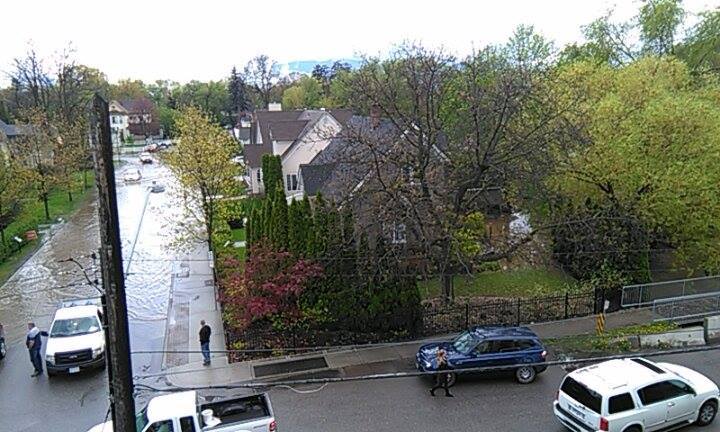 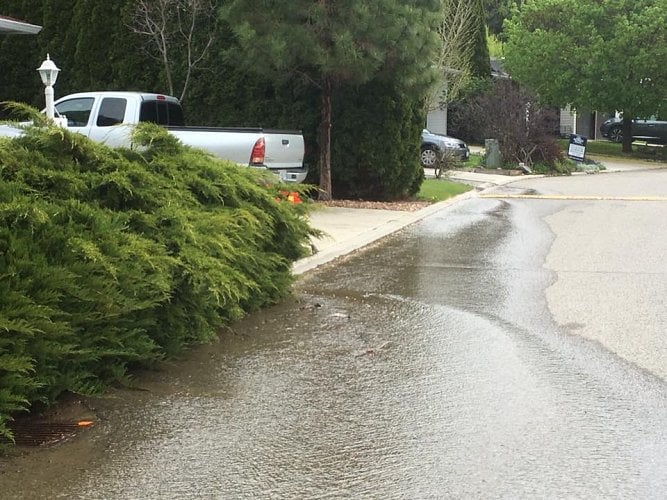 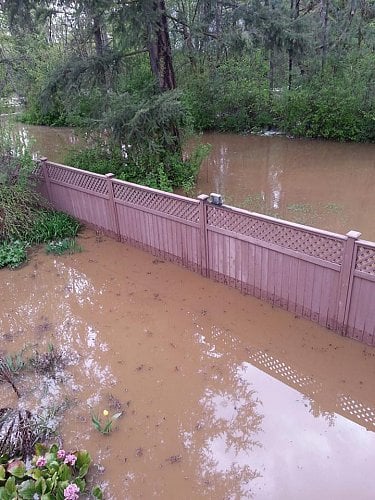 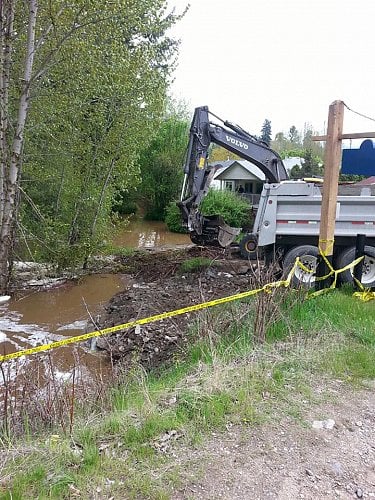 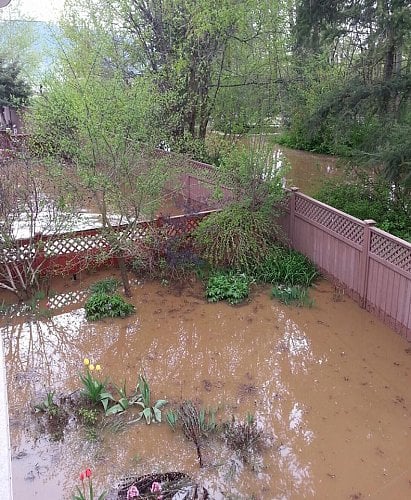 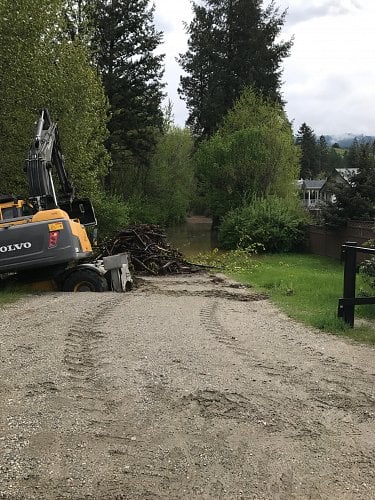 UPDATE May 6, 12:30 p.m. - Everything you need to know about flooding in the Central Okanagan